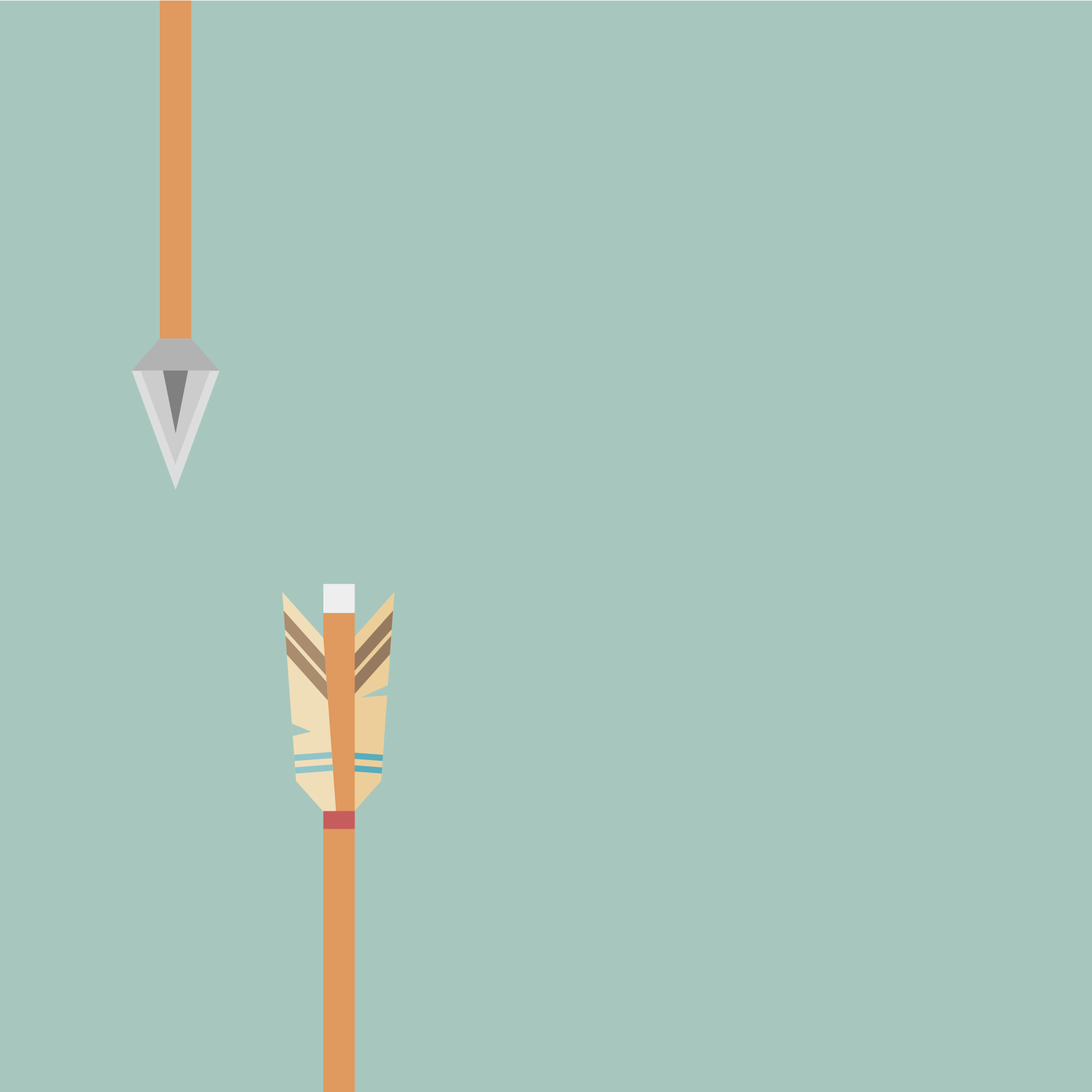 On May 27th, 2021, Dr. Byram Bridle made several false or misleading claims about the SARS-CoV-2 spike protein and COVID-19 mRNA vaccines while appearing as a guest on Alex Pierson's radio show and podcast. Bridle ended the interview with the explosive claim:

... we made a big mistake, we didn't realize it until now ... we never knew the spike protein itself was a toxin and was a pathogenic protein. So, by vaccinating people we are inadvertently inoculating them with a toxin ...

The audience (including Pierson) was alarmed. The public relies on experts to interpret new scientific data, and a tenured professor with a PhD in immunology had just told them directly (three times over the course of the seven-minute interview) that his message should scare them.

This presented the perfect opportunity for anti-vaccine advocates, who use scientific credentials and fear (rather than actual scientific evidence) to trick their audience. Steve Kirsch (who had heard Bridle’s message the day before at a private webinar) quickly recruited Bret Weinstein and Robert Malone to amplify Bridle’s claims:

After the CCCA call with Byram (which by sheer luck I happened to be on), I contacted Bret Weinstein and requested an episode to expose this. He said it would be better if there was someone with medical credentials who would say the same thing. I offered that Robert Malone would be the perfect choice so that people would take what we had to say seriously. We filmed that Darkhorse podcast on June 10, 2021.

In the following weeks and months, millions of people heard Bridle’s message. He appeared on public-access television in Canada, and twice on Fox News’ The Ingraham Angle. Bridle gave numerous interviews on right-wing podcasts and radio shows, spoke at the ‘Freedom Convoy’ in Ottawa, and served as an ‘expert witness’ in several court cases and administrative hearings in opposition to public health measures.

Despite his newfound fame and the reach of his message, Bridle claimed he was censored and maligned by the scientific community, who have roundly rejected his interpretation of the scientific evidence.

More than 80 of his colleagues at the University of Guelph signed an open letter denouncing his statements as misinformation. His (and similar) claims spawned a dozen fact-checking articles, which concluded his arguments were meritless. Scientists from around the world produced works rebutting his claims. His opinions were tested and rejected multiple times in the Canadian court system. And billions of doses of the mRNA vaccines have been safely administered worldwide.

On May 27th, 2021, conservative pundit Alex Pierson featured Dr. Byram Bridle as a guest on her eponymously-titled radio show and podcast, ON Point with Alex Pierson (here).

Bridle – a repeat guest – was asked to address the recently established link between the mRNA vaccines and the occurrence of myocarditis in young males:

Bridle began his response by priming the audience and setting the tone of the interview:

… I’ll forewarn you and your listeners that the story I’m about to tell is a bit of a scary one.

Bridle stated that he and his collaborators had recently gained access to new scientific information, from which they had determined the mechanism of vaccine-induced myocarditis (and other supposed adverse effects):

This is cutting edge science. There's a couple of key pieces of scientific information that we've become privy to, just within the past few days that has made the final link. So we understand now … we understand exactly why these problems are happening and many others associated with these vaccines …

Bridle assured the audience that despite being new, alarming, and contrarian, his theories were supported by high-quality scientific evidence:

… and the story is a bit of a scary one, so just to brace you for this. But I'm going to walk you through this … let me assure you that everything I'm stating here … is completely backed up by peer-reviewed scientific publications in well-known and well-respected scientific journals … your listeners are gonna be the first to hear the public release of this conclusion and I can back it up with science.

Bridle explained that he believed the SARS-CoV-2 spike protein was toxic, but he hadn’t been previously concerned about the mRNA vaccines (which encode for the spike protein) because he assumed they stayed at the injection site. He further explained that a recently obtained study changed his mind:

… this is where it gets scary. Through a request for information from the Japanese regulatory agency, myself and several international collaborators have been able to get access to what's called a biodistribution study. It's the first time ever that scientists have been privy to seeing where these messenger RNA vaccines go after vaccination.

Bridle recounted his interpretation of the study's findings, suggesting an additional recently-published study supported his claims:

... It's very disconcerting. … [the spike protein] accumulates in a number of tissues such as the spleen, the bone marrow, the liver, the adrenal glands – one that's a particular concern for me is it accumulates at quite high concentrations in the ovaries ... … and also a publication … that backs this up looked at thirteen young healthcare workers that had received the Moderna vaccine … and they confirm this. They found the spike protein in circulation – so in the blood – of eleven of those thirteen healthcare workers …

Throughout the interview, Bridle detailed the wide-ranging implications of his hypotheses, emphasizing they were not simply theoretical – he had found examples of such harms in VAERS, the American Vaccine Adverse Effect Reporting System:

As the interview ended, he summarized his findings and concerns:

... the conclusion is we made a big mistake, we didn't realize it until now ... we never knew the spike protein itself was a toxin, and was a pathogenic protein. So, by vaccinating people we are inadvertently inoculating them with a toxin ... ... for example, with it accumulating in the ovaries, one of my questions is, 'will we be rendering young people infertile?' ...

In early 2021, the rare risk of myocarditis and/or pericarditis following vaccination with the COVID-19 mRNA vaccines had just recently been established, and Pierson’s question was a good one:

But Bridle didn’t answer that question. Instead, he monopolized on the time to air his theories related to the pathogenesis of the spike protein. Bridle’s commentary was alarming and fear-inducing – he told the audience his own message was ‘scary’ three separate times in just seven minutes. His choice to focus on infants and fertility (despite a lack of sound scientific evidence) amplified the anxieties of parents and pregnant women (who are at an increased risk from COVID-19, and therefore significantly benefit from vaccination).

Moreover, Bridle stated with certainty that his claims were true, even though they weren't supported by the evidence he presented:

Bridle also misrepresented the novelty and availability of the biodistribution study, implying it was a secret that he was revealing:

… this is where it gets scary. Through a request for information from the Japanese regulatory agency, myself and several international collaborators have been able to get access to what's called a biodistribution study. It's the first time ever that scientists have been privy to seeing where these messenger RNA vaccines go after vaccination.

This was not the first time scientists had access to these biodistribution data:

Ultimately, the strong response to Bridle’s interview from the scientific community was due to both his rhetoric (claims of certainty, invocation of fear and secrecy) combined with his misrepresentations of the scientific evidence. The impact of his rhetorical approach is clearly demonstrated through the contrast between Pierson’s initial question and her closing remarks. Before:

… the bottom line is this is scary – this will freak a lot of people out … that'll scare a lot of people, but there are a lot of people who already don't trust the vaccines …
Therefore, we wish to state publicly that as scientists, faculty, and/or staff of the University of Guelph we stand firmly against the continued spread of factually incorrect and misleading information that is being disseminated by Dr. Bridle. We have confidence that the SARS-CoV-2 vaccines approved for use in Canada are safe and effective, and we wish to reassure the public that as members of the University of Guelph community we fully support evidence-based public health, which includes vaccination against COVID-19.

The biodistribution study (conducted by Pfizer) is a common technical document provided to regulators prior to vaccine authorization.

You can access the original document (Japanese) or a machine translation (English).

After the Bridle interview, snippets of the document began to circulate on social media. Proponents of Bridle’s arguments shared this image under the mistaken impression that it demonstrated the distribution of spike protein in the human body, when it in fact showed the distribution of a massive dose of tagged mRNA-LNPs (Lipid Nanoparticles) in rats. 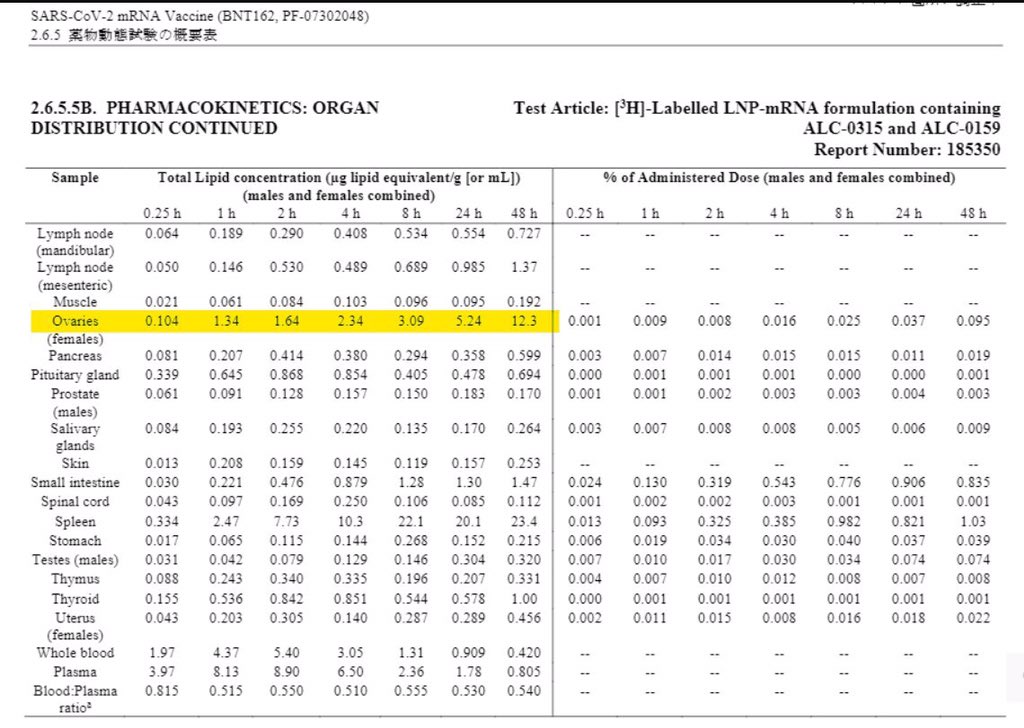 You’ll notice the ovaries are highlighted to invoke concerns related to fertility, despite the fact the concentration was highest in the spleen and liver (not shown). You may also notice the highlight doesn’t extend to the right-side of the table, where the concentration is contextualized as a percentage of the initial dose. The accumulation in the ovaries represents 0.095%, or less than 1/1000th of the administered dose.

This plot – also shared on social media – is particularly deceptive because it omits the injection site data series. Viki Male, a reproductive immunologist, replotted the concentration data (and the percentage-dose) in the lower two plots. 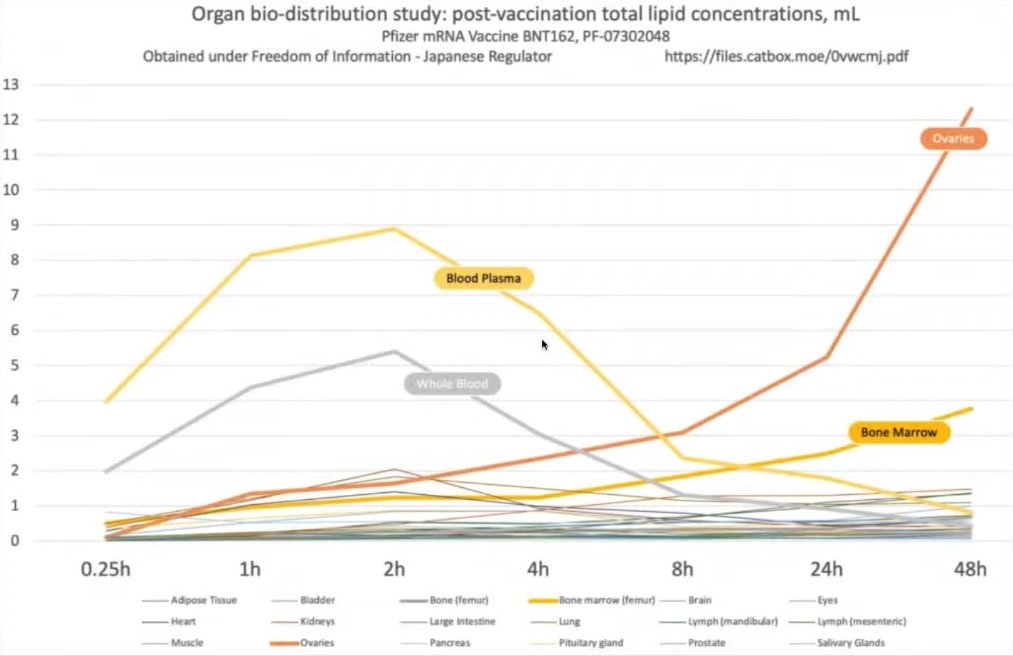 With this context, you can see (or rather can’t see, because the values are so low) the true impact of the tagged mRNA-LNPs on the ovaries.

I'm a Concerned Scientist. I created this website in response to the alarmist and misleading claims being made by Dr. Bridle about COVID-19 and the COVID-19 vaccines. Let's set the record straight:

I do not share my name because of the vitriol of the anti-vaccine community and the use of Strategic Lawsuits Against Public Participation (SLAPPs) to silence free speech.

© This work is licensed under a Creative Commons Attribution 4.0 International License. © Design by HTML5 UP (CC BY 3.0).